‘Animal Farm’ by George Orwell, a British journalist and satirist of the 20th Century, is an allegory of life in Russia after the Russian Revolution, but it also stands as a satirical study of the failed promises of revolutions and of the dictatorships which often follow. The novel is taught to all students in Grade 8 IP and LP and awakens their interest in matters of political philosophy and social justice. In the novel it is stated that all animals are equal yet it quickly becomes apparent that some are more equal than others. I asked the students in my class to imagine that they were one of the animals in the story and to write a day in their diary on ‘Animal Farm’. All the animals represent specific figures of the Russian revolution or generic types of people such as the honest, loyal workers (the horses), or the fanatical supporters of the regime and bodyguards of the rulers (the dogs). 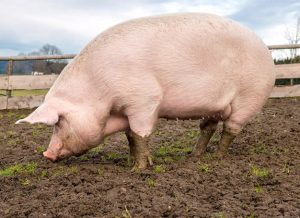 Leah S. – A Day At Animal Farm: The Diary of Napoleon

With my head high and my shoulders wide, I admired myself in the mirror for a decent few minutes. My sharp and expensive suit fitted like a glove, as though it was made especially for me. That’s because it was. In fact, when I requested for the animals of Animal Farm to sew it by hand for me, I specifically demanded, “Do it. No questions asked.”

Soon enough, a box was left at the doorstep of my house (which once used to be that shabby place Mr. Jones lived in). Bitterly, I let out a loud scornful laugh, just as I remembered the priceless reaction of my former comrades after I ordered them to obey me. I suppose you could imagine that, around here; whatever I said went.

Finally, it was time to get back to reality, so I narcissistically smirked at my own reflection and headed to the paddock. I straightened out my suit and walked out to begin another long and tiring day of directing and correcting. Boxer, Clover, Mollie and Moses, along with the rest of the animals, slowly turned towards me, only to observe my appearance in my new suit from head to toe. At first glance, I spotted Boxer, with his tremendous muscles, and an indefatigable character, weighing the hard work on his mighty shoulders.

Slowly yet efficiently, I strolled around the farm, almost similar to an entrepreneurial boss walking around the offices of a forty-story skyscraper somewhere in New York City, giving quick-witted remarks, and hinting at rewards to his employees. I demanded, “Boxer, stay up later tonight, keep pushing and pulling,” as I dumped a double ration for the dogs. After realising what could be his fate, without a flicker of doubt, Boxer responded, “Of course sir,” and returned to his work. In a matter of three minutes at most, I had hit two birds with one stone. It had been noticed in the past that I had made gifts to animals who worked harder than necessary.

Initially, when I began this idea of a reward, it had been a bribe, to ensure my very own safety as well as my power over the farm. That was beside the point, however. The animals were not aware of the bribery, and since they were not as clever as us boars, this would stay this way for a long time. In addition to that, now, they worked twice as much as before. If you looked at the situation from my perspective, I had nothing to lose, so what could go wrong? Even though a reward was not always guaranteed, the animals constantly paid the price of labour. All day, sweat poured down through their hairy faces, while they made sure I recognised their hard work and commitment. “Cows to be milked now,” I ordered.

Thankfully, a few of the other animals had FINALLY learned the correct method to milk the cows. How hard could it have been?

My day consisted of a tremendously important meeting with my fellow boars, a committee which we organised in an attempt to clean up the act around Animal Farm, seeing as we were the most suitable for these valuable positions. During today’s assembly, I was introduced to the other animals’ strange disobedience. As a result, I took immediate action, threatening the animals with the brutal consequences of their misbehaviour. Discipline was not applied in daily lives without punishment. There is no such thing.

On the outside, I came across as an opportunistic dictator, yet that would only be what strangers would presume. On the inside, from my point of view, knowledge is power. Clearly, I am the most knowledgeable animal to set foot on this paddock, so I see no reason behind the slightest opposition to my leadership on Animal Farm.

At the corner of my eye, as I walked to my house, I noticed Muriel, one of the goats, climbing up a tall ladder which leaned against the wall of the big farm building. To my surprise, she painted a thick line across what seemed to have been the third commandment: “No animal shall wear clothes.”

Angrily, still showing off my impeccably sharp outfit, I stumped away. 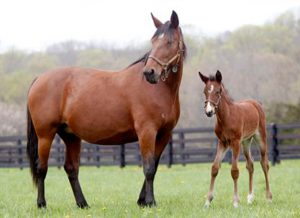 I am Boxer the most loyal, determined and hardworking animal of the farm. Ever since we rebelled against farmer Jones and scared him away we have created a more suitable area for all of the farm animals to live peacefully and merrily. After Jones left we had the most successful harvest that provided all the animals with lots of nosh. It was finally great to see the chickens enjoy taking care of their eggs, the cows not having to be milked constantly and the horses not having to witness their foals taken away from them; however, many of the animals, especially us horses, work very hard every day in order to produce and harvest more resources for all our fellow comrades. Moreover, the farming equipment is designed for humans and using them was not the easiest task. Throughout the day we chant our anthem “Beasts of England” which keeps us determined and united, it reminds us that we are all farm animals striving for justice whether we have wings or hooves “All animals are equal”- 7th commandment. I am always motivated and would willingly do anything for the sake of our new communal family. I dedicate my time to the fields morning to night pushing and pulling “I will work harder”. Although I am tough I am nowhere near as intelligent as the pigs. I believe “Animalism” is our only hope since it will lead to a balanced society with the help of the humanly characteristics the pigs have (such as reading and writing perfectly). I feel great remorse and guilt when my friends lack supplies so I continue to do my duty as a labourer of the farm and put in more effort no matter how exhausted I feel; after all we will not accept to re-encounter the same cruelty of our once drunk farmer who never treated us properly. I think that the seven commandments are what separate us from humans and that is why we shall abide by them because “Four legs good, two legs bad” with the exception of birds who technically have two legs but no hands, “The distinguishing mark of man is the hand”- Snowball.  My good friend Benjamin the donkey is the oldest animal on the farm. Unlike me he is quite cynical yet intelligent. We would usually spend our Sundays in a small paddock beyond the orchard during Mr. Jones’ time. All through summer the animals admired my hard work and devoted themselves to me because of my great empathetic passion. I truly trust with no doubt that Napoleon will please us all, fulfill what Old Major foresaw in his dream and change the farm forever. 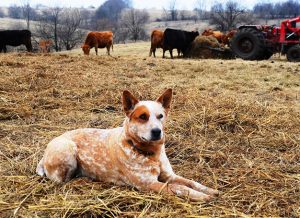 Here came another day at the farm with the absence of Mr. Jones and his co-workers. The hot morning sun was brightly shining, and that light breeze made it feel like we were in the middle of spring. The smell of a freshly opened packet of dog food was filling the air, but after that, the hay’s scent took over. The pigs were the ones in charge at the moment, and our job as dogs, was to protect them from danger at all cost.

After I finished my breakfast, I had to stand by Napoleon and Snowball for the day. First, we walked into the barn to groom the horses, but I didn’t like the smell in there because it made me feel nauseous, so I stayed outside. Napoleon was a really arrogant man, and for unfortunate me, I  had to follow that indefatigable pig all day. When Napoleon and Snowball exited the barn, they decided to give me a day off. I was suspicious and surprised at first, but then realized they had some business to deal with, on their own.

As I was roaming in the farm, I spotted Benjamin, that lazy donkey that does nothing all day. He’s such a strange animal, and somehow always reminds me of my grandmother. While judging that boring donkey, I heard a voice crying:”Pitcher!” I turned around and saw small puppies around Jessie and Bluebell. I was thrilled and ran towards them. They were so endearing, that I started to tear up. Suddenly, the pigs came out of nowhere! Napoleon sprinted towards the pups, and took them away.

Jessie was devastated, and so was I. Based on what Squealer told us, Napoleon took those newborn dogs away in order to make them communists from an early age. We all respected Napoleon and Snowball here at the farm, even Moses, the Raven, did, but today Napoleon took it too far. We dogs know the seven commandments by heart, and Napoleon clearly didn’t respect the last one which stated that all animals are equal. This tragic scene was circulating in my head all day, and I couldn’t take my mind off it. Being a communist should be a life choice in my opinion, and not a value you are raised with.

Later that night we were all called to a meeting in the orchard to sing ‘’Beasts of England’’ before we go to sleep. This song was meant to unite us and fill us with comfort and delight, but after the incident that happened this afternoon, the song felt like a lie, because instead of the feeling of unison, the puppies were separated from their parents in order to create two different parties, which will eventually create chaos.