Theophilus Waldmeier, a German-Swiss missionary, first came to Mount Lebanon in 1867, during the time of the Ottoman rule, and was engaged as inspector of branch schools in Beirut, the mountains, and Damascus.Some time between 1869 and 1874, Elijah G. Saleeby opened the first school in Brummana, a remote village overlooking Beirut (three hours from Beirut on horseback), called the “Darlington Station” because it was backed with Quaker (Religious Society of Friends) subscriptions from Darlington, England.

In 1873, Theophilus Waldmeier opened a girls’ school in Brummana, with money sent to him by his friends in Switzerland. Before the end of the year he was sent further money from Switzerland to open a boys’ school at Brummana. 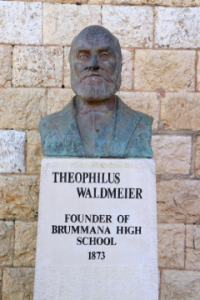 In 1874, Theophilus Waldmeier visited England to raise money for the school from the Society of Friends, and he himself became a Quaker. When he returned, he purchased 20,000 square yards of land called “Berket al-Ghanem” (The Pool of the Conqueror) which was a hillside of pine, fig, and mulberry trees with two fountains of water on the edge of Brummana.

The Friends’ Syrian Mission (a committee of English and American Friends) approved the purchase and authorised the building of a boys’ school. In this same year, Elijah G. Saleeby handed over the “Darlington Station” school to Theophilus Waldmeier. In 1876, the Boys’ Training Home (now Brummana High School) was opened in a leased house in Brummana until the new building was ready. The land name was changed from “Berket al-Ghanem” to “Ayn al-Salam” (The Fountain of Peace). Within five years, the school had grown to 300 students, bringing literacy and new ideas to the isolated mountain area. When in 1878 the new Boy’s Training Home building came into use, it housed the only dispensary in Mount Lebanon. As the medical work increased, in 1881 alternative accommodation was found in an old silk factory which was converted into a hospital with 15 beds on the ground floor and a dispensary and outpatient accommodation in the upper storey. In 1882, the Girls’ Training Home at Brummana was opened. 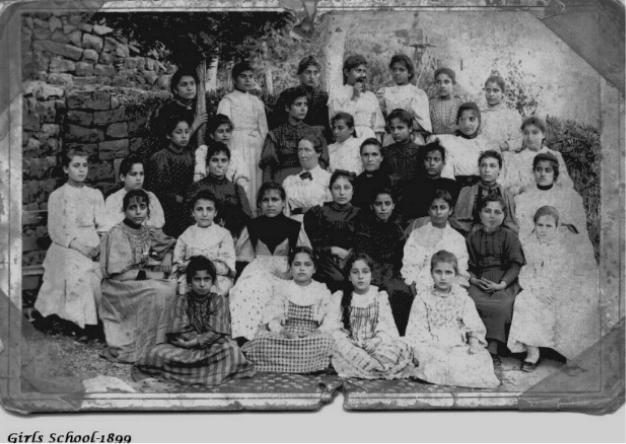 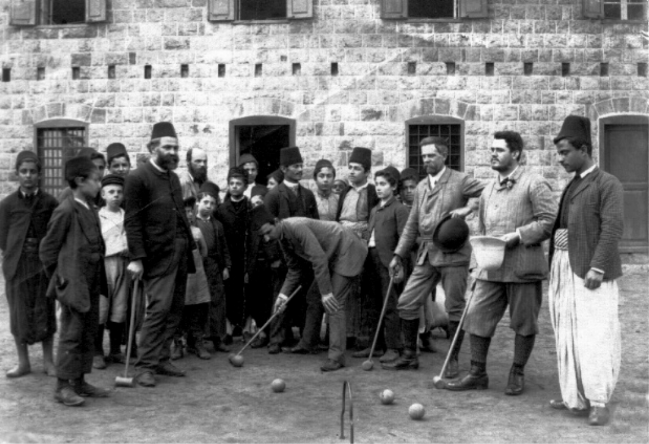 Education at Brummana High School (BHS) was based on the principles of the Society of Friends, which stress non-violence, equality, the spirit of service and encouragement of the pursuit of higher standards through enlightened methods. Furthermore, the fundamental Quaker belief that there is something of God in every individual, made it mandatory for the school to prepare its students intellectually and technically, while imparting the spirit of service so that upon graduation they are equipped to be good servants of their communities. The school did not indulge in mission activity, and the students’ beliefs in their own religions were never challenged or deprecated. Teachers from outside the Society of Friends were expected to be in sympathy and to teach in accordance with the aforementioned principles, particularly emphasising moral values, intellectual excellence, respect for the individual, and self reliance.
In 1889, the village of Brummana was linked by a new carriage road down the hill to Beirut below, but many students still arrived at the school gates by foot or donkey. At the turn of the century, BHS built the first tennis court in the Middle East.
By 1902, the Boys’ Training Home had adopted the name Boys’ High School, and in 1902, BHS became co-educational at a time when most school continued to teach girls (if at all) separately from boys.
When in 1914 World War I began, the Ottomans took over the school hospital and occupied the school buildings which were not re-opened until 1919. Despite the famine relief operation set up in the school’s kitchens, approximately 400 out of 2000 Brummana villagers died in the great famine of 1915-18 (compared to 50% of the population of Lebanon).
After the war, Lebanon was put under French mandate, and two decades of peace and prosperity followed. In 1928, new classrooms were constructed, in 1930, a new hospital pavilion to accommodate 36 beds was completed, and in 1936, the BHS Old Scholars Association was set up.
World War II began in 1939, and when Hitler occupied France in 1940, Lebanon came under the Vichy Government, until the Allies freed it in 1941. The Second World War seriously affected the life of the school. The French followed by the British took over the school hospital. The British made the school their military headquarters for a year. Despite the war, the school stayed open with 22 boarders and 100 day students.

Lebanon became independent in 1943, and during the peace of the next three decades, the school’s reputation for excellence and friendly diversity became known throughout the entire region. BHS grew to 750 students, nearly half of them boarders. The school pursued a balanced program for mind and bodies and this culminated in the following:

In line with Government decrees, in 1955, the school began to offer the Lebanese Baccalaureate as well as the British General Certificate of Education.
In 1975, when war once again overtook Lebanon, this period of growth ended and the school lost many of its boarders, staff, and day students. In 1985, the British Quakers turned the management of the school over to a local Board who kept the educational program alive throughout difficult times, as well as taking in refugees and keeping out militia.
Peace returned, and in 1998, at the request of the parents, staff, and old scholars, the British Quakers resumed management of the school, working through a new local Board to begin the process of post-war development.
In 1999, the school commissioned a major educational study as the basis for a 5-year development plan. The Science Block was extended to 3 floors, and the Science Block and Upper School Computer Laboratory were completely refurbished and fully re-equipped. In 2004, Rizkallah Building was fully refurbished to house the Infant Section and the Main Teaching Block roof was replaced.
The school computer network was upgraded in 2013 and underground fibre-optic network cables were laid.
In 2014 a 3,180 m2 extension was added to Rizkallah Building. The annex holds six classrooms, an assembly area, and a tuck shop. It also makes available a library, a computer lab, an art studio, an audio visual studio, a science lab and teachers planning offices – all linked electronically.
The kitchen, dining rooms and tuck shop were fully refurbished in 2014. 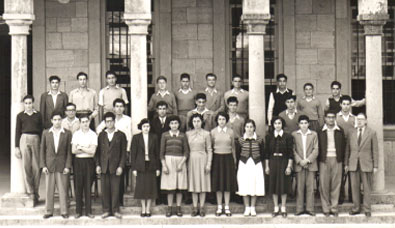 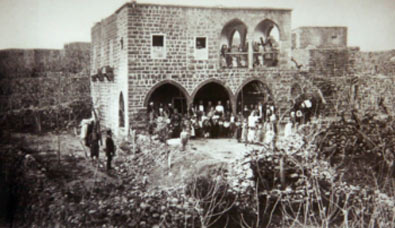 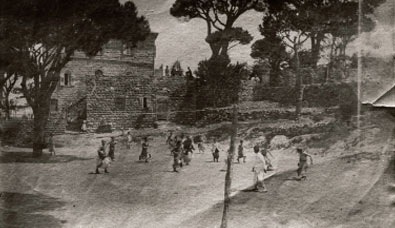 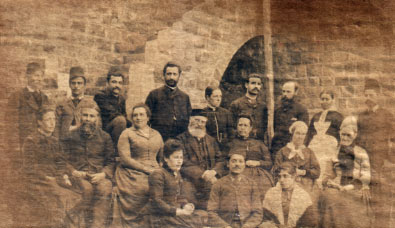 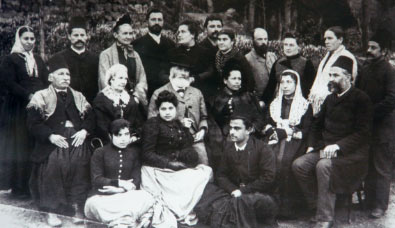 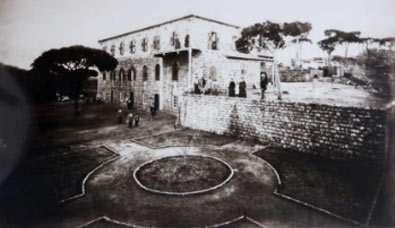