The Story of an Old Scholar from the 1940s 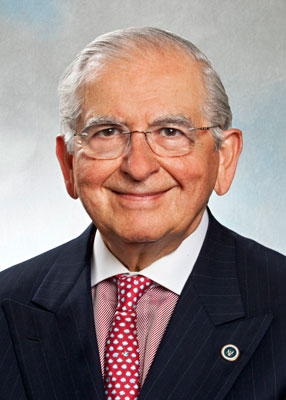 Simon’s parents were displaced in 1915 to Antioch, Syria (under French mandate), where Simon was born in 1932 and then again to Beirut in 1938. His mother, Marie, was orphaned when six years old and rescued by British Quaker Missionaries. She became a Quaker and Simon acquired the Quaker religion from his mother.

One morning at 6 AM, in the summer of August 1943, when Simon was 11, Simon’s mother took his hand and gave him the surprising good news that they were going to walk from Dekwaneh to his new high school in Brummana. His mother told him they were going to walk uphill for some 15-19 km (10-12 miles), because they could not afford transportation. Without a prior appointment, they arrived at BHS at around 12 noon and knocked on the door of the Principal’s residence. The Principal’s wife, Dorothy Turtle, opened the door. Simon’s mother told her they had walked up the mountain for six hours to have Simon be admitted as a 7th grade boarding student. Mrs. Turtle was impressed when she saw how tired, sweaty and thirsty, yet confident, they were. She asked them to come in, called the Principal, H. John Turtle, and brought them water to quench their thirst.

Simon’s mother convinced the Principal to admit him to the school. To allow Simon to take up a place, an extraordinary agreement was made:

1. The Simonians would pay only 10% of board and tuition for grade 7 and 8, and from grade 9 onward they would make no payments.

3. In addition, Simon would play his violin at each morning hymn service.

During his 7 years of education and service at BHS, Simon entered fully into school life and achieved results to be proud of. Dr Simon is now a respected surgeon, scientist, educator, health science association administrator, philanthropist and writer. He lives in California. To read more about his life and career: