The BHS/QuIET Fundraising Committee continued with their next regular monthly meeting on Tuesday, January 26th. Joining the call were several of our Quaker Trustees, mostly based in the UK, along with Principal David Gray and Marketing Manager Richard Bampfylde. As each month, several topics were discussed and agreed upon. Some particular items of note included: 1. An update on the final totals for the BHS Gives fundraising campaign held on December 3rd and 4th, along with total funds raised since the beginning of August; 2. A schedule for campaigns in 2021, including the QuIET summer appeal traditionally held each July; 3. Further development of the burgeoning relationship between QuIET and Friends United Meeting in the US, which has allowed the school to raise over $10,000 so far from members of our community in the US along with other American friends of the school; 4. The continued urgency of the situation at school and in Lebanon, with great efforts and support still required; and 5. How the school is developing several approaches to charitable trusts in the UK for funding particular elements at school, including bursaries, sustainability, outreach, STEAM and partnerships. Indeed, this last item is one being actively worked on by three of our current students in the Secondary, Natalie A., Hani T. and Kareen F. We are very grateful for the continued support of our Quaker Trustees during such extremely challenging times. 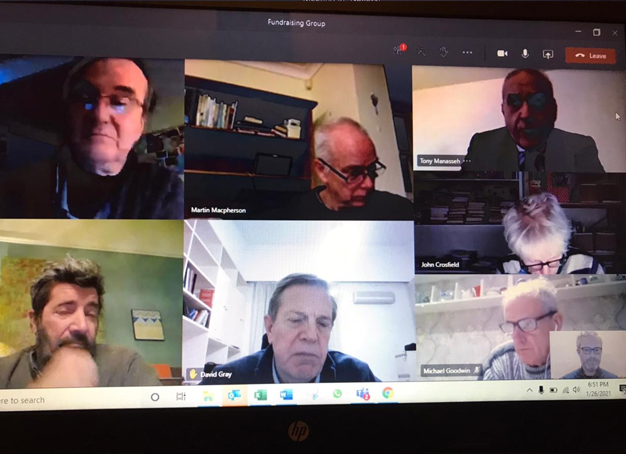