The Student Council (BHSC) election day was long but successful. The results were: 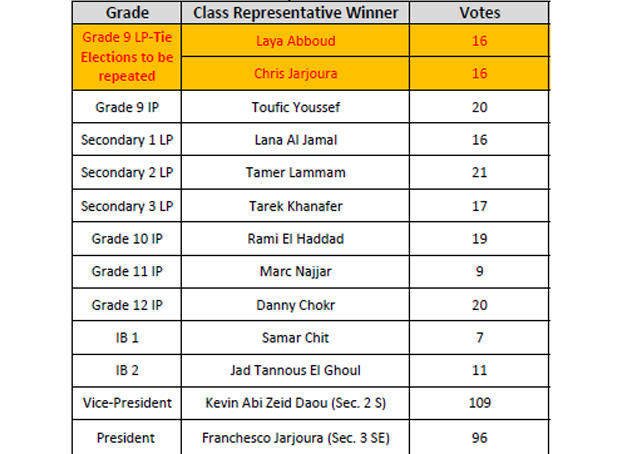 Out of 312 students eligible to vote (students of grades 9 to 12), 254 students actually voted. The voting rate is thus, 81.4%. Click HERE for the details of voting in each class.

The elections went very well without any complaints. The voting link could only be used once and only from a BHS student email account.

There was a tie for the position of Class Representative in grade 9 LP. The BHSC constitution (click HERE for the full text), and in Article VI Nominations and Elections, Section 8 explicitly states:

“Section 8: The elected candidate should have received the relative majority of the votes. Relative majority is the highest number of votes among all the competitors running for the same position. Thus the election will be made in one step, as no absolute majority (51%) is required. In case of a tie, the election will be repeated preferably on the same day for that particular position, only between the candidates who had a tie.”

Hence the elections for this position were repeated on Wednesday 18 November, 2020, with Chris Jarjoura ultimately voted in for Grade 9LP.