Passing Away of the BHS Chairman

It is with deep regret and in great sadness we must report that Mr Hani Aboul Jabine, the Chairman of the BHS Governing Body, has passed away.  May his eternal soul rest in peace.

Mr Aboul Jabine was an Old Scholar and a distinguished Chairman of the Governing Body who tirelessly promoted the benefits of a Brummana High School education for its openness to students of all faiths and from all backgrounds and for its holistic approach to education.  He was a generous contributor to school projects including the funding of the recently opened multi gym, while he helped with his fellow governors to inspire the creation and completion of the newly opened football field and sports arena.

Hani Aboul Jabine was a natural, assertive leader who helped to give the school purpose and direction, and who strongly supported its Quaker values of individuality, respect for others, tolerance and peaceful resolution. He gave great support to his fellow Governors and to the school’s administration and recognised the excellent work carried out by the school’s staff. He was adamant that the school should be constantly looking at ways of developing and moving forward as times and needs changed and was keen to encourage innovation while retaining the best aspects of the school’s traditions.

We extend to his wife and to his family the school’s sincere sympathy on their loss and our deeply felt condolences.

He will be sadly missed; we remember him and honour his memory. 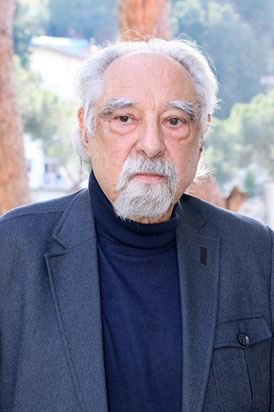